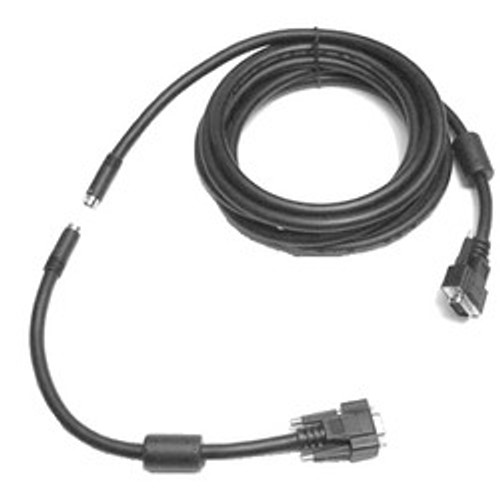 Cables For Less is happy to present the EZ Install Interface- this innovative SVGA/RGB+HV cable + cable end system was designed with one detachable cable end that, when removed, allows the user to install their cables in a much smaller conduit than normally available for such connections. The SVGA Cables shown here allows for customization of the EZ Install set up as well, once you have routed your main cable through your modestly sized conduit simply terminate it with the required EZ Install Cable End and your interface is ready to use! Keep in mind that the EZ Install cables are not only versatile, they are also built to endure, with coaxial and twisted pair signal lines plus ferrite cores on either end for optimum video performance. EZ Install Cables are designed for use with EZ Install Cable Ends only.